Know What You Believe 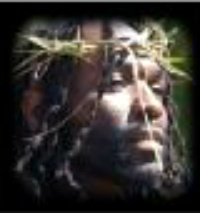 If you read or follow my blog you know that I rarely touch matters of religion because we have the right to believe in or whatever we want. However, I received a message for someone who basically “preached” to me the literal interpretation of the “Word” as he saw it.

Having said that let me speak to the issues in the reader’s message, so hostilely sent to me. The representation of Jesus that you see in your church is not Jesus! It was painted by Michael Angelo in the 1600’s and the model was his nephew. In addition, there is no way a blonde haired blue eyed person could come from that region of the world and look European. Next, the good book was revised 28 times and the last time was by the diabolical King James of England, who was a major participant in the slave trade. And further, there was no word “GOD” in any African language before the coming of Europeans.

I will tell you that I found myself very perplexed by the message from the reader. So I wanted to respond in a broad way. This individual has decided that it is OK for him to attack me not knowing which God I worship. So I will tell you. It is the one who healed the sick, had compassion for the poor, and championed the lest of thee. And before I continue I never spoke to any of the issues you claimed was part of my writings.

This characterization is part of a much larger problem that needs to be addressed forthrightly. His very selective use of the Bible particularly when it comes to addressing matters relative to women is not biblical teaching. For example, his suggestion that I read Deuteronomy, and he specifically mentioned - Chapter 22. If you are not up on Deuteronomy, it says that if a woman is not a virgin at the time of her marriage - she can be killed.

So my question is how selectively does this individual interpret the Bible? Does he, for instance, believe that we should currently implement that section of Deuteronomy? There is nothing new about selective interpretations of the Bible. It is as old as the book itself. Let me remind you that White supremacists claimed Black people are the children of Ham and that we are Black because we are cursed; in spite of the fact that the Bible does not say that at all. The White supremacists wanted to believe this and they would find a way to connect that with their interpretation of God's word.

It is very disturbing that people continue to hide behind the Bible in order to justify their own set of prejudices and demons. Again, my understanding was that Jesus was concerned about injustice, the plight of the poor, the sick, the Romans who were oppressing the Hebrews, and the money changers.

So before you try to out Pope the Pope make sure you understand what you believe. And that is my Thought Provoking Perspective…