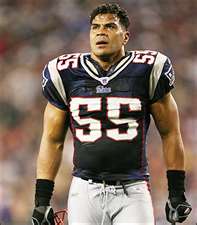 The ex-linebacker's girlfriend found the NFL legend with a fatal shotgun wound to the chest. Reports confirmed that police received a call to 911 at 9:35 a.m. reporting a possible suicide, per Oceanside police Chief Frank McCoy. Officers found Seau in a bedroom with a gunshot wound to the chest, and efforts to revive him were unsuccessful. Reports indicate that a handgun was found by Seau's side.

"Obviously, it's shocking," said Sean Spanos Sandigo Chargers team president. "It makes you feel very sad. He's brought so much to this community over the years. A good person, a good friend. He was the fabric — really a part of this community. He was the heart and soul of our team for so many years. Seau committed suicide by shooting himself in the chest, it is similar to the way former Chicago Bears great Dave Duerson ended his life.

Seau, a 12-time Pro Bowler and 6-time First-Team All-Pro, was selected fifth overall in the 1990 NFL draft after an outstanding collegiate career at USC. He played with the San Diego Chargers through the 2002 season, spent 2003-2005 with the Miami Dolphins, and then signed with the New England Patriots in time for the 2006 season. In New England's perfect regular season of 2007, he played in all 16 games and started four.  Seau first retires after that season, only to come back and play in 2008 and 2009 before finally leaving the NFL for good.

"I'm going to go surf," he told Showtime upon his January, 2010 retirement announcement. Whatever happens, I can honestly say, that that probably was my last game." Seau is the eighth member of the Chargers' 1994 Super Bowl team to pass. We will keep you updated on this story as more news is confirmed. Even after he left, his roots and his home were still here. …people loved him and admired him."

My prayers go out to his family and my he Rest In Peace.