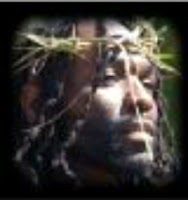 In recent years, we have witness torture inflected upon people in the name of terror. In nearly every city in America African-Americans are victims of abuse at the hands of the police, vigilantes, and murdered that seems often times to go unnoticed by justice.
In the last few month’s we’ve witness the assassination of a young black child – Travon Martin – similar to little Emmett Till over a half century ago. The Klan is on the rise and most conservative law makers are trying to turn back the hands of time.
This brings to mind another American travesty that goes unnoticed. During an Occupy the Justice Department rally, held recently in Washington DC, I was struck by something said by Hip-hop duo Dead Prez. This profound statement consumed my thinking on the subject of what I like to call “Modern Lynching’s”.
The statement: "Behind me on the wall it says this place is a place of hallowed justice, it should say this is a place of hollow justice, there's no justice. We're right in front of the injustice department because for over 40 years we've seen Mumia Abu Jamal get no justice, we've seen Eddy Conway, we've seen Mutulu Shakur, we've seen Herman Bell, we've seen Jalil Muntaqim, and countless other colonial subjects shot down by the police departments inside this country, no justice,"
This event began with speakers and entertainment including MOVE member Ramona Africa, Chuck D of Public Enemy, and M-1 of Dead Prez – all chanting, "Free Jamal. Free them all". Hundreds of protestors with ages ranging from the 20s to the 80s, including many parents with small children, rallied outside the U.S. Department of Justice April 24. They were demanding freedom for Mumia, freedom for all political prisoners, an end to solitary confinement, and an end to mass incarceration.
This got me thinking about a political prisoner whose name is Mumia Abu Jamal who turned 58 that day. Many people may not know or remember his case but he is a casualty of the short end of the long arm of the law. If you don’t know who Abu Jamal is, he was convicted in the 1981 for the shooting death of Philadelphia police officer Daniel Faulkner and sentenced to death row in 1982.
His supporters maintain his innocence, insisting he was set up by a Philadelphia police force that was under federal investigation for corruption and widespread civil rights violations. Abu Jamal was hated for his work with the Black Panther Party and his reporting in support of MOVE family members who were often victimized by the Philadelphia cops.
The Constitution and Western jurisprudence, going back to the Magna Carta and before, do not require a person accused of a crime to prove his or her innocence. The burden of proof is on the prosecutors to convince a jury of one's "peers" to unanimously agree on guilt "beyond a reasonable doubt." Not so in Abu Jamal's case. The odds were stacked against him from the beginning.
Fifteen of the 35 officers involved in the evidence collection in Mumia's case were themselves convicted and sentenced to jail on a number of misconduct charges. On top of that, he was victimized by a rigged, racist legal system which unfairly manipulated evidence, excluded Blacks from the jury, and coerced witnesses to testify falsely against him. His legal defense was a joke. His attorney did absolutely no investigation of the circumstances which left Officer Faulkner dead and Abu Jamal shot and wounded.
In December 2011, Mumia was removed from death row following a number of court appeals which went all the way to the Supreme Court. He is now imprisoned for life without the possibility of parole. After the Third U.S. Circuit Court of Appeals upheld a lower court's vacating his death sentence, prosecutors abandoned their efforts to reinstate the death penalty rather than go back into court. Had they gone back in court, evidence of decades of police and prosecutorial misconduct might have been introduced, possibly leading to a new trial. There is abundant evidence "proving" Mumia's innocence.
The state of Pennsylvania could never get a re-conviction. With all the forensic evidence that has been uncovered, all of the witnesses who have recanted their testimony, declaring they were forced to lie in the original trial by crooked cops, if they dared to try to go before a judge again, it would be a wonder if the prosecutor and cops would not be exposed and themselves prosecuted for their underhanded tactics.
Right now the United States represents 5 percent of the world's population but we incarcerate 25 percent of the world's prisoners. And guess which group of people is disproportionately represented in the American criminal injustice system. This group also represents a large number of what I call the incarceration of the “un-justiced”. We know CONTEL was real, it happened, and it happened to US.
If nothing changes – nothing changes! And that’s my Thought Provoking Perspective…
http://johntwills.com
Posted by Unknown at 8:50 PM