Repugnance: The Week that was too far right!!! 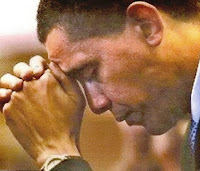 I was an early supporter of Barrack Obama’s Presidency long before anyone I knew would outwardly say it was possible. I was not behind him because he would be the first Black President rather because I am an American. After living though about a dozen presidents this man was the best hope to reverse and address issues concerning my life and that of minorities in these United States.

I said, on November 4th, after Mr. Obama won the election and again on that amazing day in January when he was inaugurated President that “he was going to have a Columbus Experience”. What I meant by that was this: President Obama was going to discover America. Let me add that I don’t believe anything as significant has happened in world history since the resurrection of “Jesus”.

No one living or dead thought American (with its racial history) would EVER elect a black man President. Now, for all of those people who want or wanted to believe we are now living in a post-racial society this week should prove my point. The President was maligned for wanting to encourage students by speaking to them on the first day of school. He was booed and called a liar as he gave a speech on the floor of the house by a Congressman and had signs waved during the speech by Republican’s. As one former governor referred to Republican’s as real Americans – the tea party folks, birthers, conservatives, ect. – The Grand Ol’ Party.

First, the school speech; I can remember the speech John F. Kennedy gave when he asked the country to “ask not what your country can do for you. Ask what you can do for your country”. President Kennedy gave that speech when I attended segregated schools and it inspired me to want to be an American, even when I was being degraded and humiliated by America as a “Colored Boy”. I did just that by joining the military and serving in Vietnam going against, if I may quote, Muhammad Ali who said, “I have no quarrel with the Viet Cong” but I was conditioned like so many before me to be patriotic regardless.

This president’s speech was one that focused on encouraging students to evaluate how they might contribute to making America a better nation through hard work and personal responsibility. What this president did was no different than other presidents: Kennedy, Reagan, and both Bush’s – addressing school children. What astounds me is that the very strength of the critic’s argument is really a testament to President Obama. He told stories and gave personal experiences similar to what millions of American have and are experiencing.

Anytime something positive can be done to improve society should be applauded. I wonder how many of the critics have actually sat in or visited a classroom? I have been involved in education, high school and college, and know that on the first day of school these kids need all the encouragement the can get and coming from the Office of the President is as powerful as it gets. It was an apolitical speech and important to millions. The President spoke to all ages of students K – 12, which was obviously tricky but I thought he managed to hit every group with needed information speaking to their vulnerable situations: bullying, fitting in, family issues but most importantly staying in school. In spite of the paranoia from the “right” this was vintage President Obama. Conclusion: Simply a ridiculous phony controversy.

Secondly, and what I really wanted to talk about - I asked myself why the Grand Ol Party (GOP) picked an elephant as its mascot. These people who are fervently Christian and believe in the right to life are talking about secession, calling for a new Civil War, waking a sleeping giant, questioning the president’s birth and his citizenship, people bringing guns to his rallies while knowing this countries horrible history of assignations, calling the president a Nazi, a Socialist, and frankly everything but the “N-word”. The answer might be because an elephant has a brain the size of a peanut.

Of all the disrespect, the most outrageous act and the most personal affront was the blatant contempt by “Wrong Way Wilson” calling the President a liar during his speech before congress. I won’t profess to know what is in his heart, he may not know, but what I know is this: he is a man who is reported to be a member of the “Sons of the Confederacy”, a onetime aid and trained by segregationist Strom Thurman who like many slave master’s produced children by black women. “Wrong Way” has not produced any significant or signature legislation in four-terms and is said to have “never been a person who’s done a substantive thing” according to a Washington Post article. Therefore, I can only judge him by the work he’s done, which suggests, particularly after his ill-mannered ominous assertion, is REPUGNANT and DISGRACEFUL.

The president’s speeches were on point, timely, clear, specific, compassionate, and well intended. Frankly, it is hard to find fault in what he has said in either speech unless you have a brain the size of a peanut. I don’t speak for the African American community or anyone but me. I have lived through and witnessed bigotry via segregation and Jim Crow. This is very much like what I know and have witnessed appealing to the darker angels of America’s past and when “THEY” speak of the party of ideas. We have a long history to demonstrate what the ideas are but if we stand strong behind and with our best hope, our President, by lighting a candle rather than cursing the darkness – we, he will overcome.