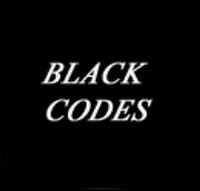 There have been many ways to suppress people over time; unfortunately, African Americans have endured the brunt of these efforts. Of course, as you know, the history of America reports that it was not only our race subjected or affected by these efforts. What I can report is that it was always a minority and usually African Americans that were most affected by these laws to ensure they would remain a permanent underclass, where as others moved out of their station – all but the Indians. This ideology began as indentured servants, then slavery, segregation, and now could it be conservatism. In each of these classifications they called these laws Black Codes, which I suppose make the immoral sanctions sound kinder.

Black Codes were laws passed designed specifically to take away civil rights and civil liberties of African American on the state and local level. This is the reason Conservatives desire a return to “States Rights” and speak of taking back our country because at the state level they can be unimpeded in turning back the hands of time. Although, most of the discriminatory legislation, in terms of Black Codes, were used more often by Southern states to control the labor, movements and activities of newly freed slaves at the end of the Civil War. But as Malcolm X once said, “Anywhere south of Canada was south” meaning wherever you were in America you were subjected to discrimination in terms of the “separate but equal” laws of the land.

The Black Codes of the 1860’s are not the same as the Jim Crow laws. The Black Codes were in reaction to the abolition of slavery and the South's defeat in the Civil War. Southern legislatures enacted them during Reconstruction. The Jim Crow era began later, nearer to the end of the 19th century after Reconstruction, with its unwritten laws. Then there were sundown laws, which meant Blacks could not live or be caught in certain towns after dark. In some cases, signs were placed at the town's borders with statements similar to the one posted in Hawthorne California that read “Nigger, Don't Let The Sun Set On YOU In Hawthorne" in the 1930’s. In some cases, exclusions were official town policy, restrictive covenants, or the policy was enforced through intimidation.

After the abolition of slavery by the Thirteenth Amendment of the United States Constitution, which prior to that African Americans were considered 3/5’s human. Therefore, all former slave states adopted Black Codes. During 1865 every Southern state passed Black Codes that restricted the Freemen, who were emancipated but not yet full citizens. While they pursued re-admission to the Union, the Southern states provided freedmen with limited second-class civil rights and no voting rights. Southern plantation owners feared that they would lose their land. Having convinced themselves that slavery was justified, planters feared African Americans wouldn't work without coercion. The Black Codes were an attempt to control them and to ensure they did not claim social equality.

The Black Codes outraged public opinion in the North because it seemed the South was creating a form of quasi-slavery to evade the results of the war. After winning large majorities in the 1866 elections, the Republicans put the South under military rule. They held new elections in which the Freedmen could vote. Suffrage was also expanded to poor whites. The new governments repealed all the Black Codes; they were never reenacted - OFFICALLY.

Many of these things are unknown to the generations of today because these injustices have been erased from our history and very little of it is taught in today’s classroom. For example, a sundown town was a town that was all white on purpose. The term was widely used in the United States and Canada in areas from Ohio to Oregon and well into the South. Even in Canada many towns in Southern Ontario, Alberta, and Quebec, were sundown towns prior to 1982, when it was outlawed. The term came from signs that were allegedly posted stating that people of color had to leave the town by sundown. They were also sometimes known as “sunset towns” or “gray towns”. Let me ask if you have ever been to a million dollar community – sound familiar.

The black codes that were enacted immediately after the Civil War, though varying from state to state, were all intended to secure a steady supply of cheap labor and all continued to assume the inferiority of the freed slaves. The black codes had their roots in the slave codes that had formerly been in effect. The premise behind chattel slavery in America was that slaves were property, and, as such, they had few or no legal rights. The slave codes, in their many loosely defined forms, were seen as effective tools against slave unrest, particularly as a hedge against uprisings and runaways. Enforcement of slave codes also varied, but corporal punishment was widely and harshly employed.

Let me highlight this example: In Texas, the Eleventh Legislature produced these codes in 1866. The intent of the legislation was to reaffirm the inferior position that slaves and free blacks had held in antebellum Texas and to regulate black labor. The codes reflected the unwillingness of white Texans to accept blacks as equals. You do remember “Juneteenth”? In addition, the Texans also feared that freedmen would not work unless coerced. Thus the codes continued legal discrimination between whites and blacks. The legislature, when it amended the 1856 penal code, emphasized the continuing line between whites and blacks by defining all individuals with one-eighth or more African blood as persons of color, subject to special provisions in the law.

Minorities were systematically excluded from living in or sometimes even passing through these communities after the sun went down. This allowed maids and workmen to provide unskilled labor during the day. Sociologists have described this as the nadir of American race relations. Sundown towns existed throughout the nation, but most often were located in the northern states that were not pre-Civil War slave states. There have not been any de jure sundown towns in the country since legislation in the 1960’s was inspired by the Civil Rights Movement, although de facto sundown towns and counties, where no black family lives - still exist.

Therefore, we see hints of it in the racism that has raised its ugly head and risen to the surface of societies consciousness, particularly in this political climate. Since the Civil Rights Movement of the 1950s and 1960s, and especially since the Civil Rights Act of 1968 prohibited racial discrimination concerning the sale, rental, and financing of housing, the number of sundown towns has decreased.

However, as sociologist suggest it is impossible to precisely count the number of sundown towns at any given time, because most towns have not kept records of the ordinances or signs that marked the town's sundown status. It is important to note that sundown status meant more than just African Americans not being able to live in these towns. Essentially any African Americans or other groups who came into sundown towns after sundown were subject to harassment, threats, and violent acts; up to and including lynching.

As one historian has noted, "Racial segregation was hardly a new phenomenon because slavery had fixed the status of most blacks, no need was felt for statutory measures segregating the races. These restrictive Black Codes have morphed in one form or another to achieve its desired effect to maintain a superior status by the powers that be. I am only suggesting that we know and understand history for it will open the mind to what the future may present. Frankly, if you don’t know where you came from you will never get to where you are going.