Brown v Board of Education – Changed the Face of America 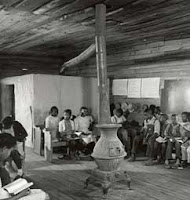 On May 17, 1954, the Warren Court’s unanimous (9-0) decision stated that “separate educational facilities are inherently unequal.” This was the day that the landmark Brown v Board of Education Supreme Court decision changed the face of America unlike any other decision before or since. It was the cornerstone that laid the foundation for all of the civil rights African American’s know today, just as the late Thurgood Marshall, who brilliantly argued and won this case envisioned. It is also very appropriate to recognize the skillful talent of Justice Marshall for his more than fifty victories before the Supreme Court, more than any other attorney in history.

The Brown case, as it is known, was not the first such case regarding civil rights argued before the Supreme Court. It was just the most significant of what some would say was the final battle in the courts that had been fought by African American parents since 1849, which started with Roberts v. City of Boston, Massachusetts. It is also important to note that Kansas was the site of eleven such cases spanning from 1881 to 1949.

The case was named after Oliver Brown one of 200 plaintiffs. The Brown case was initiated and organized by the National Association for the Advancement of Colored People (NAACP) leadership who recruited African American parents in Topeka, Kansas for a class action suit against the local school board. The Supreme Court combined five cases under the heading Brown v. Board of Education: Delaware, Kansas, South Carolina, Virginia, and the District of Columbia. The ultimate goal sought by the NAACP was to end the practice of “separate but equal” throughout every segment of society, including public transportation, dining facilities, public schools and all forms of public accommodations.

The Brown Supreme Court ruling determined racial segregation in public education was unconstitutional in Brown I, the first opinion. The court’s implementation mandated "with all deliberate speed" in 1955 known as Brown II. In 1979, twenty five years later, there was a Brown III because Topeka was not living up to the earlier Supreme Court ruling, which resulted in Topeka Public Schools building three magnet schools to comply with the court's findings.

As had been the case since Homer Plessy, the subject in Plessy v. Ferguson in 1896 when the U.S. Supreme Court decided that a Louisiana law mandating separate but equal accommodations for blacks and whites on intrastate railroads was constitutional. This decision provided the legal foundation to justify many other actions by state and local governments to socially separate blacks and whites.

Now that I have provided some history related to the case let me add my commentary. It has been said that as sure as things change they remain the same. First, it took 60 year to overturn Plessy with Brown and it took “with all deliberate speed” 13 years for integration to begin fully. During this period of time from 1954 to 1967, governors blocked school entrances and actually closed schools rather than comply with the law of the land. I am not going to touch on the violence that caused Presidents to send the US Army and National Guard troops to schools in order to protect the safety of those the ruling was intended benefit as a result of the Brown decision.

Since then, and over time, many scams have been devised to disenfranchise minorities, and African Americans in particular. I need only remind you of “No Child Left Behind” where we see persistent patterns of underachievement for lower-income students on standardized test scores. These standardized tests serve as gatekeepers to a child's academic future, which I don’t believe was the spirit of the Brown case.

This brings us to where we are today concerning the inequity that still exists. For example in Washington DC the capital of the free world with its minority public school student population of about 95% (all minorities included) suggests that schools are equally as segregated, poorly funded, and there dilapidated facilities equate to pre Brown V Board era schools. The police presence that exists today unlike then serves to save, often times, the students from themselves. About three-fourths of elementary students are poor enough to qualify for free or reduced-price lunches. The dropout rate averages 2 to 1. These are just a few issues that by any measure of academic standards or common sense suggest failure.

The Quality Counts Report, a publication from Editorial Projects in Education, which publishes the trade magazine Education Week, rated the 50 states and the District in six areas of educational performance and policy. Washington schools were ranked 51st in the report, but the lead researcher said that Washington is more comparable to large cities than to states, which have a mix of struggling urban and higher-performing suburban and rural schools. Like school districts in most large cities, Washington schools are severely challenged with daunting problems with the most serious being a large population of students from poor families living in troubled neighborhoods.

To address these issues Mayor Adrian Fenty appointed Chancellor Michelle Rhee in 2007 to be the seventh person to lead the District of Columbia Public Schools System in a decade. This is a school district serving more than 47,000 students in 123 schools. Chancellor Rhee has made great strides in overcoming a combination of a low-performing schools and a system with an unimpressive history of policymaking that has generally not received better than a D-plus.

Under the leadership of Chancellor Rhee, the public school system has made some progress in addressing these issues. But here tenure not unlike her predecessor’s has been marked with much adversity. I choose this school district as an example but I dare say must school districts with predominately minority populations endure the same daunting challenges, which begs the question as sure as thing change they remain the same.

After fifty-five years, it is not unreasonable to seek and ask that the spirit of Brown rest in the city where the decision was rendered into law. I understand that public education was not created to develop minds rather it was intended to simply teach reading, writing, and arithmetic. It was created to maintain a permanent underclass. Much like it was then, a travesty, in many ways it remains a travesty for the children in most Urban Public School System’s particularly in the city that is supposed to be the beacon of freedom around the world.

I, like Dr. King believe in the dream but we have unfinished business and as it stands - it is a dream deferred. That’s why it is imperative for us to celebrate this milestone and continue the struggle as the ghosts of so many greats who died for this principle: “education is the single most important ingredient necessary to neutralize those forces that breed poverty and despair”. JUST A SEASON
TWITTER
Just a Season book trailer
Posted by Unknown at 3:10 AM