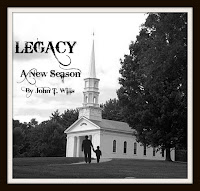 It has been several years since “Just a Season”, and it’s time to move on. Generations have come and gone, life is bearable after all, and hope lives in a little boy and in a man who almost lost all hope. Since receiving the epiphany that lead me to tell the story of this man’s epic journey that many have wondered if it was a true story, miracle, a blessing, or simply a fairy tale. It's time for "Legacy - A New Season".

This long awaited squeal to the epic novel Just a Season takes you on an awe-inspiriting journey through African-American history, as told by a grandfather to his grandson at a time when America changed forever. At the end of the story, “Just a Season”, the character leaves the cemetery at Friendly Church with tears in his eyes walking into the abyss of time feeling as if God had forsaken him. But he is strong in faith and knows that faith is the instrument to believe true what is not seen.

John refuses to drown in his tears rather being committed to swim in his blessings. He has come to understand that the wonders of life speak loudly. Blessed are those who believe and have not seen, which is tomorrow and tomorrow holds the promise of all things. “Legacy - A New Season" is the continuation and a stand-alone story rich with history and the evolution of a new season.

And now the Season Continues…

If you were to reexamine the time in which you’ve lived, you will come to know that the reason we live is to die. The question then becomes what happens between the years of one’s birth and death? This is without question a quandary that everyone must face. In my epic debut novel “Just a Season”, I referred to this specific period of earthly existence as the "Dash" that will be placed on our final marker holding the story of life’s journey. This period of time can only be characterized as a journey because the tiny little dash that separates those years represents the whole of a person’s life.

I can recall a powerful statement once made during a sermon by my childhood pastor Reverend Cole. He said, “Unless and until you suffer enough pain, then and only then, will you reach deep inside and feel the breath that God has breathed into your soul coming eye to eye with your destiny”. I’ve pondered that remark many times along with other reflections of those valuable lessons learned during those early Sunday school days at Friendly Church.

As powerful as that statement is the most profound lesson I’ve learned by far was “why Jesus wept?” As the story goes, Jesus was so moved as he witnessed the pain of Mary and Martha weeping for the loss of his friend, Lazarus, that he wept. Today, I understand that emotion because I have felt such pain. This might explain why I was chosen to be the vehicle to share such an emotionally powerful story that will live far beyond the season I’ve been given.

The novel “Just a Season” is a historical narrative that began with a grief-stricken father visiting the gravesite of his beloved son who was killed in a tragic automobile accident. A moment no loving parent should ever have to face. As the story begins, the main character John asks a philosophical question as he views his late son’s final marker. “If the tiny dash placed on my marker were to tell my life’s story, what would it say?”

What emerged from the pages was a legacy of true benevolence and grace that I believe is destined to be become a true literary classic. This luminous story is a riveting portrait into the life of an African American man who, in the midst of pain and loss, journeys back in time to reexamine all the important people, events, circumstances, and intellectual fervor that contributed to the richness of his life. 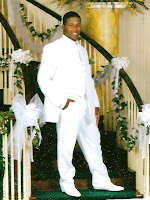 “Legacy” - A New Season is the continuation and a stand-alone story rich with history and the evolution of a new season. This long awaited squeal to the epic novel Just a Season takes you on an awe-inspiriting journey through African-American history, as told by a grandfather to his grandson at a time when America changed forever. 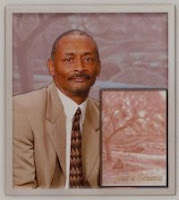 JOHN T. WILLS author of the epic novel “Just a Season”, the John T. Wills Chronicles information portal, and Producer/Host of the Book Tree Radio Show. John has earned a Master’s Degree in Business Administration, been a professor, a businessman, past officer of several college, business, and community boards, volunteer and a friend to many. Regardless of the worldly titles given, John prefers to be called a man.

Any accolades the author may have received are attributed to the teachings and solid foundation of a loving grandfather. This great man of great wisdom assertively implanted the concept that knowledge is power, which developed into the understanding that education is the single most important ingredient necessary to neutralize those forces that breed poverty and despair. This philosophy planted the seeds that cultivated a life, which is “Just a Season” that has now given rise to “Legacy – A New Season”.