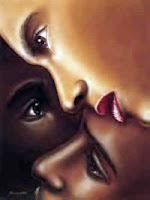 Last week there was a front page story in the Washington Post written by Krissah Thompson titled Black Women in America. Actually it was article about a survey on the subject. As you know a survey is a sampling of, usually, a small group in order to collect data for the analysis of some aspect or to reflect a view of a particular topic. I found of this article interesting but then I like to read fiction too.

My first thought was could there be a clear representation of the topic when they only asked 800 black women, which means could this be a large enough sample size to pull generalizations from? They said they surveyed “nearly 2,000 randomly selected adults, including the 808 black women we focus on in today's story. To get to this number, we interviewed more black women than we would have with a standard national survey.” The key is randomly!

Rich or poor, educated or not, black women sometimes feel as though myths are stalking them like shadows, their lives are reduced to a string of labels. Such as the angry black woman; the strong black woman; the unfeeling black woman; and true or not the manless black woman. Sophia Nelson Author of “Black Woman Redefined” was quoted in the article saying “Black women haven’t really defined themselves,” going on to urges her fellow sisters to take control of their image. “We were always defined as workhorses, strong. We carry the burdens, we carry the family. We don’t need. We don’t want.

This nationwide survey was conducted by The Washington Post and the Kaiser Family Foundation, which as they say, emerge a complex portrait of black women who feel confident but vulnerable, who have high self-esteem and see physical beauty as important, who find career success more vital to them than marriage. The survey, they said represents the most extensive exploration of the lives and views of African American women in decades. Remember they asked 800 black women!

Of course they hit on the usual topics such as Religion being essential to most black women’s lives adding that being in a romantic relationship is not. The survey showed nearly three-quarters of African American women say now is a good time to be a black woman in America, and yet a similar proportion worry about having enough money to pay their bills. Half of black women surveyed call racism a “big problem” in the country; nearly half worry about being discriminated against. Eighty-five percent say they are satisfied with their own lives, but one-fifth say they are often treated with less respect than other people.

Today we live in a time where one-third of employed black women work in management or professional jobs, according to the Bureau of Labor Statistics, and a record number are attending college. Black women with college degrees earn nearly as much as similarly educated white women. The number of businesses owned by black women has nearly doubled in the past decade to more than 900,000, according to census figures.

Just recently, Wal-Mart named Rosalind Brewer chief executive of Sam’s Club, making her the first African American to be chief executive for a business unit of the world’s largest retailer. Let us remember that there are more profound and amazing images of black women like Oprah Winfrey, Ursula Burns, Beyonce, Condi Rice, and of course the most visible of them all, the first lady, Michelle Obama. All of these women are at the top of the game. I am profoundly impressed and proud of each of them and but there are many more that remain hidden because of unwarranted stereotypes.

According to the stereotype, African American women — educated women — are b------, and they run men out of their lives because they are so mean and they don’t want a man and blah, blah,” says Palmer, an Atlanta lawyer who helped lead protests of rapper Nelly’s controversial “Tip Drill” video when she was a student at Spelman College. “My law firm has no African American female partners. It has to do with how we are seen. And our value is based on what the media shows the world we are.”

Black women were once described as the “mules of the world” by Zora Neale Hurston, whose biting literature made her one of the most influential black writers of the early 20th century. Her reference to mules — the workhorses of the American South — pointed to the backbreaking manual labor that black women were expected to perform and the limits placed on their vocations. Throughout history, black women have been overrepresented in the workforce compared with other women and have come to embrace work as an enduring part of their sense of self, says Constance C.R. White.

Career for black women has always been about economic necessity and also a sense of economic destiny. Yet, what images we see are poor black women disparaged as “welfare queens,” a depiction that took root during Ronald Reagan’s unsuccessful 1976 presidential campaign. What is not reflected through are such people as Jennifer Smith, a senior at the University of Maryland, has been accepted into six prestigious medical schools. She is an honors student, a sorority president, an ambassador for the university. Yet she sometimes feels unwitting pressure to prove she belongs.

I found this a very interesting article and I would me suggest you read the article for yourself:


Washinton Post Article ﻿
It is a fact that the black woman is the mother of all mankind. Having said that Sisters know there is an institutional system in place that is designed to lower your standard and perception. This is as old as the nation, or dare I say the world itself, that must maintain this misguided principle. So, I say hold your head up, keep looking up, and don’t allow others to define you. Many will have you think differently but know that we love you and the community appreciates you. And that is my THOUGHT PROVOKING PERSPECTIVE!!!

Purchase "Just a Season" today because the sequel Legacy - A New Season is coming soon! AMAZON
Posted by Unknown at 2:44 PM