Arizona on my Mind 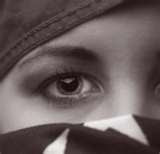 I am of the opinion that something’s are right and something’s are wrong. Then there are something’s that I’ve witnessed and something’s I know. As an African American, I can report that I was once Negro, Colored, or worst; so I know mean spirited inhumane laws. The draconian immigration law passed last week in Arizona, directed at a particular group of people, seems like the modern day version of “Separate but equal” or Jim Crow raising like a Phoenix for the “wing nuts", which brings me to Arizona.

In light of what we know, Arizona has passed and signed a law that directs the police to stop anyone under the guise of “reasonable suspicion” to verify that they are not in the state illegally. I guess the real question is how are the police supposed to decide whom they view as a "reasonable suspect" for being in the country illegally? Since the great majority of undocumented immigrants in Arizona are from Mexico, aggressive enforcement of the law would seem to require demanding identification from anybody who looks kind of Mexican. Or maybe just hassling those who are brown and poor. So the state of Arizona wants us to believe that this law is not ripe for abuse. We have been down this road before and know all too well its impact.

This law is appalling, in my opinion, and on so many levels. It stinks of racism; it’s arbitrary, oppressive, and frankly bad policy. It invites racial profiling because it compels police to search for undocumented immigrants based on an ill-defined "reasonable suspicion" of illegality. This means local police will use skin color, accent or limited proficiency in English as the basis for suspicion. There already are many cities in Arizona that have been widely and credibly accused of doing just this in hundreds of lawsuits. When you consider that the police lack any sure fire method for spotting illegal immigrants based on "reasonable suspicion," Arizona police will inevitably target the legal sort as well, in blatant violation of their civil liberties.

Now here comes the insanity. The law allows any citizen to sue local police for failing to enforce immigration law. This means police will be distracted and diverted from other priorities. It is compounded by the threat of fines of up to $5,000 per day for police agencies that fail to enforce the law. It also poisons police relations with immigrant communities. By fomenting the justified fear among immigrants that any contact with law enforcement agencies will lead to questions about their status. The law makes it increasingly unlikely that immigrants will not report crimes, cooperate as witnesses or provide tips to police. Not to mention is it preempts federal law. Federal law treats illegal immigration as a civil violation; Arizona law criminalizes it by using the legally dubious mechanism of equating the mere presence of undocumented immigrants with trespassing.

Now let’s revisit some recent history that speaks to overzealous police actions and we have seen the video’s of what happens. Let’s go back the infamous Rodney King beating, for example, we saw the video and they tried to convince us that we didn’t see what we saw. We must also remember that the cops involved were acquitted at the first trial. You know the “Blue Shield” - protect their own will also happen here. Then there was the young man in New Orleans who was shot in the back multiple times as he ran across a bridge when police said he was charging and shooting at them. Or the bachelor about to be married was murdered leaving a party in New York the day before his wedding.

More recently, there was a situation where a student at the University of Maryland was attached and beaten unmercifully by three officers, who falsified (lied) in the official charging documents. If not for a video surfacing their crime would not have been known. I think it is worth mentioning that this victim was “white”. In Prince George’s County Maryland, it is common knowledge that an interaction with that police force could likely be a death sentence, or a beating for sure, and there history proves this to be true. These are just a few examples to remember in light of this new law. Oh, does anyone remember Professor Henry Louis “Skip” Gates, Jr., B.A., Ph.D. arrested for being in his own home. I don’t have enough paper to list the many occurrences.

Let me take you back to another act of unconsciousness concerning the history of this place in the desert. They were the last state to consider or honor the Martin Luther King Birthday, after it became a federal holiday. The state was boycotted and when the loss of revenue began to hurt, they reluctantly agreed to recognize it. Then there was the guy who ran for president, who was staunchly against the holiday and like then he supports this too. He calls himself a maverick, but said last week he is not a maverick, never called himself a maverick. Dude there is video. However, he proclaims to be a practitioner of “straight talk”. Could this be described as xenophobic or unprincipled?

It sounds like the people who are responsible for this law probably only had contact with those Hispanics who trim their lawns. This is what I know!!! The law requires police to question anyone they "reasonably suspect" of being an undocumented immigrant. It is a mandate for racial profiling on a massive scale. Legal immigrants will be required to carry papers proving that they have a right to be in the United States. Those without documentation can be charged with the crime of trespassing, jailed, or deported.

Don't forget, these were the same types of sanctions imposed upon “Negro” not very long ago. This could very well be what the comedic genius Richard Pryor meant when he famously said, “America got them some new Nigger’s”.

JUST A SEASON
Posted by Unknown at 4:04 PM