The Parent Company of Fox and Fools Crumbles 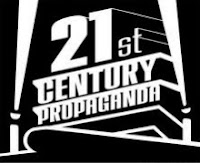 There is nothing more sacred in a free society or to the maintenance of democracy than a free unbiased press. It is imperative that viewers and readers have access to comprehensive, accurate and quality information. This is essential to a society characterized by a civically engaged, well-informed and socially invested populace. Thus, to the degree that access to quality information is willfully or unintentionally obstructed, democracy itself is degraded.

Unfortunately, we live in an era of 24-hour cable news networks and "reality" programming whereas the news-to-fluff ratio and overall veracity of information has declined precipitously. Take the fact that Americans now spend on average about 50 hours a week using various forms of media, while at the same time cultural literacy levels hover just above the gutter. Not only does mainstream media tolerate gross misrepresentations of fact and history by public figures – they legitimize it as truth.

I’ve noticed and been saying that the Fox News viewership seems to be marked by a sort of collective personality disorder whereby the viewer feels almost as though they've been let into a secret society (WINK). Something about their affiliation with the network makes them feel privileged and this affinity is likely what drives the viewers to defend the network so vehemently. That effect is also likely to make the propaganda more believable and potently powerful, because it goes mostly unquestioned.

I’ve been saying for years that those who listen to what they call “fair and balance” are imbalanced and certainly not fair with respect to their versions of news. Well, now it’s official! I came across a survey which finds that the American voters who follow the cult that is Fox News are significantly more misinformed than consumers of news from other sources. In other words, the survey proves that watching Fox is detrimental to your intelligence.

The renowned World Public Opinion, a project managed by the Program on International Policy Attitudes at the University of Maryland, conducted a survey of American voters finding that Fox News viewers are significantly more misinformed than consumers of news from other sources. Moreover, the study shows that the greater the exposure to Fox increases mental distortion. Frankly, this really isn’t anything new but what it does is validate or lend credence to support what most sane people already knew.

There is a vast body of evidence to support the reality that Fox is nothing more than a propaganda machine dedicated to deception. Those of us who have seen the so-called “Real Americans” before know this Klan is simply a tool for the “New Jim Crow” wing of the conservative movement, and it is growing. Therefore, the more you watch, the less you know which feeds the racism brazenly directed at our president and by extension us. Lest not forget that it is also a fact that racism and bigotry is linked to the lack of intelligence.

Let me make this a little more precise, the more their viewer’s think they know is actually false. It has been corroborated time and time again by other notable organizations. For example, a previous PIPA study that focused on the Iraq war produced similar results. Then, there was an NBC/Wall Street Journal poll that demonstrates the break with reality on the part of Fox viewers with regard to health care. Not to mention the cast of characters who appear on the screen with their skewed views and misrepresentations of truth. And, we can’t leave out the captain of the ship whose dealing with a huge scandal related to the ethic of the organization not to mention what I view as abuse of power.

As we have seen in recent days, News International Limited, the British arm of the Murdoch empire, is a subsidiary of News Corp., a publicly traded American company which also owns the Wall Street Journal and Fox News, not to mention the Sunday Times of London, the Times of London, and the British tabloid the Sun. Because of this, experts say, News Corp. and all of its subsidiaries come under the Foreign Corrupt Practices Act, a Watergate-era law which makes it a crime for U.S. companies to participate in bribery abroad. The Watergate part brings to mind what Nixon said, “I am not a crook”.

There have been about a dozen senior executive level managers who have been arrested, the FBI is now involved, and soon Congress. Let’s say the allegations are true and the empire was entirely honest in the company's internal books and enter the payment as a "bribe," you've just created an irrefutable piece of evidence that can be used against you and your company in a prosecution by the Justice Department for violating U.S. statutes against overseas bribery. If, as is more likely, you file an expense account which refers to the cash payment as taxicabs or office supplies, you stand a chance of being pursued by the Securities and Exchange Commission for keeping fake records. We know the bribery and wiretapping charges are surely illegal!

This is where News Corp. may be most vulnerable: under the "Books and Records" and "Internal Controls" provisions of the FCPA, according to lawyers who practice in this field. News Corp also depends on the government for its broadcast licenses. Fox Television Stations Inc. has 269 active licenses with the Federal Communications Commission, according to the agency's website. An agency spokesman would not comment on whether FCPA violations might put those licenses in jeopardy as well. This could very well bring down the “empire”.

Fox News, in my opinion, surely has a pretty high batting average for journalistic fraud. I believe they deliberately misinform its viewers and it does so for a reason. The Grand Ol’ Party benefits from the ignorance that Fox News proliferates. The results were apparent in the election last fall as voters based their decisions on demonstrably false information fed to them by Fox. Let me add that a fox is a sly creature. Just look at what the party of “No” is doing today with their tea party tenet.

The attacks they perpetrate and the disenfranchisement efforts use to be directed at African Americans or coloreds, as it were. But this cult, and dare I say from 2000-2008, uses this against anyone who is not rich. We need to be aware of their dangerous manipulation of weak and the venom being spewed by those professing to love America, mostly those of the other hue, with lies. What REAL AMERICANS need to do is take a stand and disseminate the truth as broadly as possible to empower people with reality.

The fact that Fox News is so blatantly dishonest and the effects of that dishonesty may very well be ingrained from the top - News Corp. Our democracy cannot function if voters are making choices based on lies for the sole purpose of removing the first black president. The facts are there and we have the evidence. Each of us most do our part to make certain that the corporate ownership do not get away with it.

I know this article is a little lengthy but I had to add my THOUGHT PROVOKING PERSPECTIVE. Therefore, I will end with a powerful statement once made by Marcus Garvey:

“Up! You mighty race; you can accomplish what you will.”

This article was inspired by an article by Mark Howard.

Visit msnbc.com for breaking news, world news, and news about the economy

Excellent reading, I can relate to some of the things stated in your blog. I invite you to share with us: https://www.facebook.com/pages/Bloggers-Unite/227139297315313

Also stop by read, enjoy and follow me. http://childdays.blogspot.com