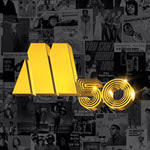 This is a year full of historic milestones but none compare to the significance of Motown Records 50th Anniversary. Therefore, I want to take this opportunity pay homage and say THANK YOU to Mr. Gordy for your vision and contribution to the world.

Most people do not know or remember that prior to Motown Records few black performers enjoyed anything close to crossover success. The music we enjoyed was called “race music” and was segregated in the same way America was prior to 1959, when Motown was founded. Let me also remind you that rarely could the face of a black person be seen on an album cover prior to its founding. By the way, an album is what was used for music before CD’s.

Motown was the first record label owned by an African American to primarily feature African-American artists and its soul-based subsidiaries were the most successful proponents of what came to be known as The Motown Sound, which was a style of soul music with a distinct influence. From its Hitsville U.S.A building on 2648 West Grand Boulevard, Detroit, Michigan that served as Motown's headquarters produced the most universally recognized stable of songwriters and performers of our time or anytime.

Form this tiny little basement studio we were introduced to Michael Jackson, the Supremes, Diana Ross, Smokey Robinson, the Miracles, Mary Wells, Marvin Gaye, the Temptations, Four Tops, the Commodores, Lionel Richie, Stevie Wonder, Jr. Walker and the All Stars, David Ruffin, Eddie Kendricks, Gladys Knight and the Pips, Rick James, Nick Ashford and Valerie Simpson, Teena Marie, DeBarge, the Jackson Five, Martha and the Vandellas, the Marvelettes and Motown's Funk Brothers studio band just to name a few of the artists that graced our souls and touched our hearts making us proud.

Many of Motown's best-known hits were written by Barrett Strong, Norman Whitfield and the songwriting trio of Holland-Dozier-Holland who became major forces in the music industry. For example, it’s a known fact in the music industry that in order to get a number one hit song someone would have to write more than thirty songs. Holland-Dozier-Holland had a string of more than fifty hits in a row with some becoming number one with several different artists like the hit “I heard it through the Grapevine”. This is profound and will never happen again. No songwriter will ever achieve this feat – guaranteed.

Although Mr. Gordy sold Motown and it’s now in the hands of others its legacy resides in a very special place in my heart and I’m sure millions around the world. So again I say, thank you Motown for the music, the love, the magic, and the many great memories. Lastly, to the legends who are no long able to perform for us today - thank you for your contribution - Rest in Peace. Walking around heaven all day listening to the harmony of your souls must make haven more glorious and wonderful than I could ever imagine.

*** Let me take you on an amazing journey thought time in “Just a Season” to experience life and our proud history by visiting www.justaseason.com a novel that has been compared by reviewers to the Color Purple and the Roots of our time. A must read novel. ***
Posted by Unknown at 10:53 PM