The Myth of Meritocracy 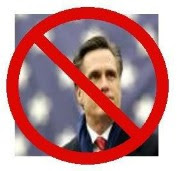 On December 3rd, Willard Mitt Romney told a crowd of supporters that the United States of America is a “meritocracy”. Webster’s dictionary defines a meritocracy as a system in which the talented are chosen and moved ahead on the basis of their achievement. This word - meritocracy - implies that we all operate on a level playing field. It implies that the rules are the same for everyone and that excellence and hard work are rewarded without bias of any kind.

Mr. Romney also said that President Obama seeks to punish success by placing undue burdens on the most successful and productive members of our society, in other words, rich people. John F. Kennedy said, “If a free society cannot help the many who are poor, it cannot save the few who are rich.” Apparently, this sentiment is not shared by the Republican candidates because, in a meritocracy if you are poor, it’s due to your own shortcomings, therefore, you don’t deserve help.

John F. Kennedy also said, “The great enemy of the truth is very often not the lie, deliberate, contrived and dishonest, but the myth, persistent, persuasive and unrealistic.”

While I believe that our society does aspire to meritocracy, we aren’t there yet. The belief that a meritocracy already exists in our society is nothing more than myth. Perhaps that is why Mitt Romney and his Republican colleagues seem so out of touch with the experience of most Americans. And, that is why not one of them is qualified to be President of the United States because the American people need a leader capable of governance in the true America - not the mythical one.

By Jackie (Morganfield) Lambert
Co-Host of "Let's Talk About It"

http:thoughtprovokingperspectives.wordpress.com
Posted by Unknown at 8:30 PM