“One Man, One Camera, One Mission” 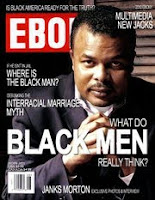 The John T. Wills Book Tree Radio Show rang in the New Year with a very special guest, and friend, the groundbreaking international and award winning Director/Documentarian/Author Janks Morton. He discussed his new film project, the African American Diaspora, and his latest book release “We Need to Talk”, as well as his phenomenal book “What Black Men Think” that explores the role of black men in society and how they are portrayed in the media. After the empowering interview, I have added this profound thinker to my honored list of being one of the unsung voices of our time. Call it a Ministry, Call it a Mission but his message MUST BE HEARD!!!

Listen to internet radio with John T WillsChronicles on Blog Talk Radio
Janks’ work has been critically acclaimed by Ebony, BET, CNN, C-Span, ESSENCE MAGAZINE, THE WASHINGTON POST, THE LA TIMES, RUSS PARR, MICHAEL BAISDEN and many other media outlets around the world. He has the remarkable ability to use his highly acclaimed work to explore our similarities while celebrating our differences making sense of the reasons why in the most profound way.

JANKS MORTON is a groundbreaking international and award winning Documentarian. As founder of iYAGO ENTERTAINMENT GROUP, LLC, he states “the company came into existence to reflect both the conscious and unconscious soul of Black America. JANKS MORTON has been in the entertainment industry for more than 20 years and is a much sought-after teacher, lecturer, commentator and motivational speaker. He has convened workshops, seminars and served as panelist and keynote speaker at colleges, universities, prisons, conferences, churches and community centers around the world.

In delivering his first feature length documentary, “WHAT BLACK MEN THINK”, JANKS MORTON took on the role as producer, director, cameraman, lighting, editing, mixing, entrepreneur, graphic artist, actor, auteur and more. The call to action through one simple question “Are there more black men in jail or college?” challenges not only Black Americans, but every American, to rethink their perceptions about Black Male Identity.

Because of the extensive and pervasive amounts of misinformation around Black Men in popular culture, the statistically supported revelations of WHAT BLACK MEN THINK have been critically acclaimed by BET, CNN, C-SPAN, ESSENCE MAGAZINE, THE WASHINGTON POST, THE LA TIMES, RUSS PARR, MICHAEL BAISDEN and numerous of other media outlets. He states “That I would have to make a film, just to prove that black men are not in the dire state that some would have you believe, demonstrates the confusion that exists in America today.”

His cinematic tribute “WHAT BLACK MEN THINK” is a series of socially provocative films, following JANKS’ personal journey to preserve a cultural tradition, through testimonials of educators, activists, celebrities and “the average hard working Black American”, hoping to inspire the need to record the significance of a heritage that is slowly being forgotten and the trauma that is status of 21st century black relationships.

JANKS’ next installment titled “MEN TO BOYS: 101 THINGS EVERY BOY OF COLOR SHOULD KNOW” is scheduled for release in February 2009 during Black History Month. In the same provocative and enticing premise, the film asks another simple, yet socially and psychologically complex question.

“Can A Mother teach her son to become a man?” In an attempt to restore the time honored tradition of father to son communications and life building skills, “MEN TO BOYS” is JANKS attempt to provide an additional resource for young men to ascend to manhood. Based upon the book “101 THINGS EVERY BOY OF COLOR SHOULD KNOW” by LAMARR DARNELL SHIELDS, this project is sure to spark the same national debate as seen through JANKS’ other productions.

JANKS MORTON is currently promoting both “MEN TO BOYS” and “WHAT BLACK MEN THINK” through tour dates, public screenings and viewings throughout the world.


Just a Season - a must read novel