Have Hoodie Will Commit Crime 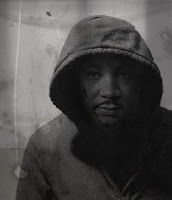 “I feel that we as Americans are all equal and held together by a common thread. Like a treasured beaded necklace of different colors held together on a string, Held together by our necessities, our circumstances, and our humanity. Every color helps to make the necklace beautiful. We can never be a separate entity! Americans of all colors are so integrated that if we hurt one, we hurt all. Just like that necklace of treasured beads, leave one out and the gap is seen, break the chain and many of us are lost.”

The hardest thing in man’s mind is to be tolerant of another or to keep an open mind. In order to tolerate someone or something we have to step out of our comfort zone. We judge without thought when something or someone is different. As long as we (Black) people have been a part of American society, you would assume we would be a value to America. Though we strive to be like our White counterparts, accepted unconditionally we are still fighting. We fight for the label of Colored, Black, Negro, and African-American.

I sometimes wonder if we engage in a losing battle because the battle is not against ‘us’ per say, but against the inner sense of shame, the shame of Slavery. Shame for an action is hard to wipe away. You can apologize but as long as the object which causes the shame is persistently in sight, the shame remains and becomes an irritant. Something you want to get rid of and eventually the irritant turns to anger and the anger causes you to lash out. We, if only seen as a ‘casing’ or a vessel cannot change, as a thinking individual we can cause enormous changes. Just look at the profiling of the unfortunate hoodie in the media lately. In place of the word, ‘Black man’ read hoodie.

The hoodie, its sleeves worn by every age, sex, religion and racial ethnicity, singled out as a troublemaker, a deviant. Even though it comes in every color, fashioned from various material, is designed, made, bought, and sold in malls as well as major outlet stores all across the world, is still profiled as the accessory to theft and considered an outfit for the degenerate. Who cares that the hoodie, seen on the backs of individuals in every profession, worn in the highest halls of education, laying across the seats of chairs in the White House, it is now a symbol for all that is bad in the world, much like the Black man.

Recently, I impatiently watched the news to view a certain pumped-up segment. The announcer, constantly harping about a thief caught on tape and our impending surprise on what the thief was wearing, had gotten my attention. It would be shocking, right? Wrong. I had hoped to see some man in a tutu dragging out a flat screen while fighting off a pit bull, but of course, it was the obvious. Wait for the shocker....it was a guy in a hoodie! What really made me think WTH, the interviewed owner in the piece says, 'I didn't want to call in and be accused of racial profiling by saying the guy wore a hoodie’. What?

So, only Black people wear this item of clothing? Anyone with one eye could see the person was Black, just say a Black guy is robbing my car and don't bring up the hoodie. What a shame. Poor hoodies cannot get a break lately. No one is trying to learn the real essence of the hoodie or the Black man. The profile, both a cancerous malignancy formed in error is set and there it stays. As with any race there are deviants and threats to society. Why pick on the Black race as a whole and label us as worthless.

The fight for racial and social equalization continues and will continue as long as man breathes. We are a selfish entity believing we are better than another is because of our perceived ‘place’ in life. Our unification should grow because of our differences and if we were honest with ourselves, we would see our differences are only skin-deep. In religion, anyone can choose which path to follow. In education, we can all go as far as we choose. In sexual orientation, again it is a preference.

In our choice of occupation, whether or not to be a parent, or who to marry, these all are options. Much of the tension in the world boils down to the color of a person’s skin. Of all the races, I believe the dark skinned are the least tolerated, especially the American Blacks. How many times have we been the scapegoat as kidnapper, murder, or thief without reason? How many times have we been judged as sell-outs or ignorant because of skin color?

In the American multi-racial history book Beads on a String-America’s Racially Intertwined Biographical History chapter three is titled Voices of Change and has a section dedicated to activism and the people who stepped out to confront the injustices directed at people of specific ethnicities. The author begins the chapter with a small bit of history pertaining to members of her family.

These members (father and cousin) fought and succeeded in the desegregation of what is now Lamar University in Beaumont, Texas. How many of us cannot find a single member of our family who has participated in the formation of history? It should not matter the color of your skin or your belief system we have all voiced and accomplished a change.

Being part of a cause means more than marching and shouting to have personal wishes met. It is a chance to make a change in behavior and thought patterns in areas from equal rights in housing, education, socialization, sexual orientation and the donning of an item of clothing.

About the Author: Ey Wade considers herself to be a caged in frustrated author of thought provoking, mind bending eBooks, an occasional step-in parent, a fountain of knowledge, and ready to share. She is the author of Beads on a String-America’s Racially Intertwined Biographical History a celebration of the accomplishments and contributions of all races to America’s illustrious growth and history.

Awesome. Thank you the post looks nice on here. Funny how a piece of material has become more than an item of clothing.