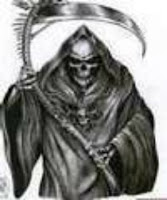 The incomparable Jackie (Morganfield) Lambert the great niece of the legendary blues man Muddy Waters has once again offered another empowering and insightful gift of wisdom. Jackie offers her powerful commentaries on "LET'S TALK ABOUT IT" every Tuesday night at 9:00 PM (est) on Spreaker.com with me and the Wild & Wonderful Brenda White. You must join us for the fastest growing political talk show on the air talk where we talk about the political news of the day and all the crazy goings-on in our country. It’s a blast!!!

In last week’s commentary, I poked fun at the Republican Presidential Debates – comparing them to a tacky reality show. It is horrifying to think that my snarky comments of last week have now found expression in the person of Donald Trump.

On December 27th, Donald Trump will moderate his own Presidential Debate - one week before the Iowa Caucuses. He staged an announcement with none other than Republican front-runner, Newt Gingrich, standing at his side. He and Newt apparently had a wonderful meeting. They found a way to help Donald sell his new book and promote his reality show, while helping Newt to hawk his books and DVD’s. I mean, that’s what the 2012 Presidential contest is for, right?

Yes, last week I compared the Republican Presidential Debates to a reality show. And, this week, I am reminded that God truly does have a wicked sense of humor.

http:johntwills.com
Posted by Unknown at 9:37 PM