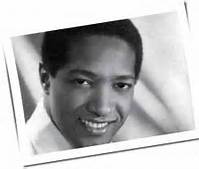 I love to write about the ghosts of the greats or rather pay homage to those great artists who influenced and changed the world. None were better than the singer, songwriter and entrepreneur Sam Cooke who was considered to be one of the pioneers and founders of soul music. Sam Cooke was commonly referred to as the King of Soul for his distinctive vocal abilities and influence on the modern world of music.
Cooke’s pioneering contributions to soul music led to the rise of greats such as Aretha Franklin, Bobby Womack, Al Green, Curtis Mayfield, Stevie Wonder, Marvin Gaye, Otis Redding, and the Godfather of soul James Brown Cooke was also among the first modern black performers and composers to attend to the business side of his musical career. He founded both a record label and a publishing company as an extension of his careers as a singer and composer. He also took an active part in the African-American Civil Rights Movement.
On December 11, 1964, Cooke was fatally shot by the manager of the Hacienda Motel in Los Angeles, California at the age of 33. At the time, the courts ruled that Cooke was drunk and distressed, and that the manager had killed Cooke in what was later ruled justifiable homicide. Since that time, the circumstances of his death have been widely questioned.
My question: “Why has there not been a bio-pic of this man’s story?” "A Change is Gonna Come", which became a kind of anthem of the civil rights movement. Sam Cooke is the man who invented Soul; imitated but never duplicated. And that’s my Thought Provoking Perspective…
To know the legendary Sam Cooke – watch his story.