A Message For Easter 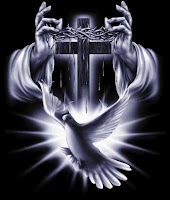 Easter is the most important day Christian observe the world over because it is a celebration of deliverance, with Easter Week providing powerful imagery of faith. I have always been moved by this presentation of Jesus from a Catholic Eucharistic prayer: “To the poor he proclaimed the good news of salvation, to prisoners, freedom, and to those in sorrow, joy.”

Holy Thursday and the Last Supper have an ominous feel because they are in preparation of Good Friday and the story of Jesus’ crucifixion. Yet two days later, the tale ends in triumph and resurrection. Whatever questions Christians may have about the meaning of that empty tomb, most of us have experienced a sense of joy when the words “He is risen!”

The basis of Christianity is inextricably linked too and rooted in the idea of liberation. I have long seen the Exodus and Easter as twin narratives involving a release from oppression and the victory of freedom. These promises have left a permanent mark on the culture outside the traditions from which they sprang.

Yet even in the Easter season, it’s hard not to notice that most people of faith, like it has been with Christmas, have lost much of its message. What I mean is that it has been hijacked by man in the commercial sense and Christianity’s, many, do not project the true meaning of this day or present their faith in the best light.

For example, with the assassination of Trayvon Martin, and other criminal acts, mankind seems to have lost the understanding of the symbolic subordination of a rich tradition of social justice. What is more concerning is that popular Christianity often seems to denigrate rather than celebrate intellectual life or critical inquiry into injustices within our society.

What I would like to suggest, as with the civil rights movement, is that the church or at least Christians must not be disengaged from politics. In fact, the early Christian movement was born in politics. If you can recall, Jesus died in opposition of injustice for the least of Thee. I know there is great debate over how to understand the relationship between Jesus’ spirituality and his approach to politics, but his preaching clearly challenged the powers-that-be. He was, after all, crucified.

Now, if we truly claim the life of Jesus Christ is true, then we should be among the most active, most serious and most-open minded advocates for justice. So if Easter is about liberation, this liberation must include intellectual freedom and the right to fair and equal justice.

And that’s my Thought Provoking Perspectives!

http://johntwills.com
Posted by Unknown at 11:33 AM

I must say that this post portrays one of the most heartfelt easter messages and I really like it. Thanks for sharing the message of Easter.