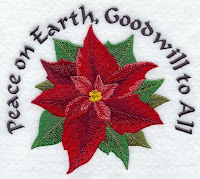 I am one who believes - we are our bothers keeper. Therefore, I offer this Thought Provoking Perspective with all due respect for the coming holiday season with the wish that each of us to consider our follow man during these times of distress. As we approach and celebrate the blessed day dedicated to the birth of Jesus, it would be appropriate, I think, if we practiced his most basic principle, which is to “do unto thee as you would do unto me”. I am sure you know someone in distress, maybe you; therefore I would ask that all of us reach into our hearts and share some of the goodness contained within it to help another soul, or as Jesus said “the least of thee”.

The world in which we live is a place full of turmoil and strife, and it’s more than likely been that way since the days Jesus walked the earth. I’ve often wondered; if Jesus were alive today what would he do? Maybe he would do as he did in the temple with the money changers or he might bring a few loafs of bread and a couple of fish to feed the hungry. He might also calm the turbulent seas as the world is filled with war and violence. Nonetheless, if I had one wish, it would be that all men were free.

We have all bought into the story, or at least lied to our children, about the myth of Santa Claus. We also know that the Christmas story is said to be the greatest story ever told; considering it was written generations after the birth of Christ that would be a fair statement. To be honest, no one really knows for sure because there are differing accounts of the event within the holy text. Further, the story of the Immaculate Conception was taken from African folklore told, and historically evident, ten thousand years before the coming of Jesus. Do not misunderstand my words because I believe in a higher power, who I chose to call God, and I believe he is the creator of all things.

I also know that there was no such word G-O-D in ANY African language before the coming of Europeans. While I’m on that point, it is true that the visual representation of Jesus is that of a blonde haired blue eyed man obviously of European decent. We know this is not factual because no one had a camera or painted his picture during the time in which he lived. The picture embedded in our consciousness was paint by Michael Angelo in the 1600’s; centuries after the fact. Now, if you think differently, history tells us that there were three peoples in the region during that period. 1) Romans, 2) Greeks, 3) Others (African). Therefore, if Jesus was NOT a Roman or Greek, he was other which means African.

It is not my intent to dissect the story. It is just to say that we believe it because someone said it was true. My point is; as it says in Corinthians “we walk by Faith not by sight”. Faith is that which is unseen and we know it to be true. In other words, having a firm belief in something for which there is no proof. It is the adherence to your religious duty, belief in the tradition, sincerity of intentions, and loyalty to God without question that is the reason we believe.

If that is our belief and conviction, it is incumbent upon us as human beings and people of Faith to do unto others as you would have them do unto you. We should not get caught up in the commercial aspects or fallacies that man has created and give of yourself to the benefit of others. This is the true meaning and spirit of the holiday season, and why we celebrate this glorious day.

I simply suggest that we forget the past, pray for the future, and appreciate today for it is a present which is why it is a gift; it is the day the Lord made for us and it must be cherished. I pray that during this season of giving that you will share, give love, and care.

Have blessed and wonderful holiday. God Bless you one and all.

Listen to internet radio with John T Willschronicles on Blog Talk Radio
Posted by Unknown at 4:05 AM

What beautiful and thoughtful words on this blessed Christmas morning! Thanks John. Happy holiday to you and all of your readers and family!